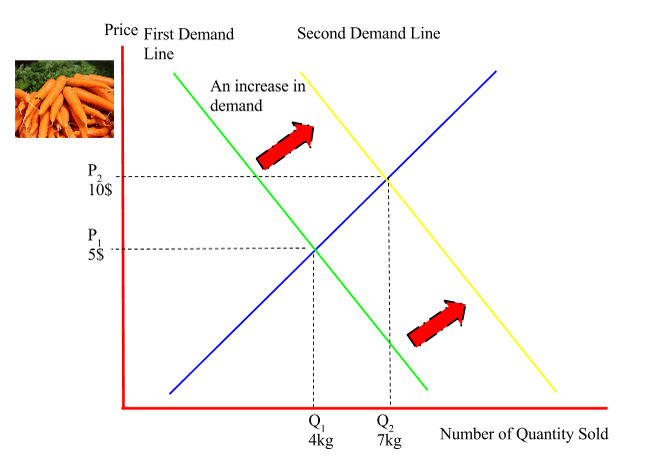 This is the project that shows what I’ve been learning in Economy class for seven weeks.

The scientists have found that if human eat carrots, it makes them more clever, stronger, healthier and better for their eyes. Before scientists found that, the price for 4 kg (Q1) of carrots was 5$ (P1). After scientists found that, the price increases up to 10 $ (P2) for 7 kg (Q2) of carrots sold. In the graph, you could see the demand shifted out (increased) after this discovery. When the demand shifted out, it created a new equilibrium point. This happened because of people’s tastes and preferences. The new equilibrium point shows the prices and number of quantity sold both increased.